By maymeetsjune on April 9, 2018 in categories: Books, May and June

For the last several months, many of us have been hunkered down in our homes reading our latest novel under a warm blanket, cozy by the fire. However, even though the temperatures aren’t always showing it, spring is officially here. We love spring! It’s time to clean out our homes, open windows, lighten the layers, enjoy longer days and stop to notice the beautiful colors on spring blooms. There are so many books coming out this spring and we are excited to get started. Here is just a sampling of what we’re looking forward to reading out on our back porch.   Some of these have already been released this spring and others will be coming soon. 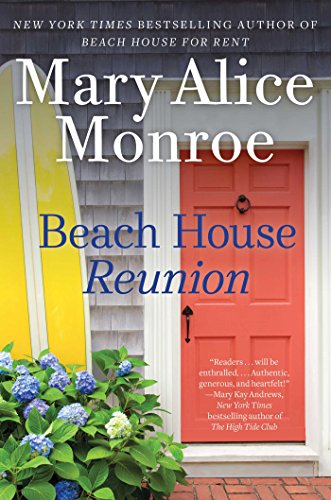 From Amazon:
Whisking you back to the shores of her bestselling Beach House series, Mary Alice Monroe weaves together a tale of the struggles and triumphs of the historic Rutledge family of Charleston, South Carolina. Beautifully wrought and rich with keen insight, this is an illuminating tale of new beginnings, resilience, and one family’s enduring love.

Cara Rutledge returns to her Southern home on the idyllic Isle of Palms. Everything is comfortingly the same, yet each detail is rife with painful memories. Only through reconnecting with family, friends, and the rhythms of the lowcountry can Cara release the hold of the past and open herself to the possibility of a new love, career, and hope for the future.

Meanwhile, her niece Linnea, a recent college graduate who doesn’t know where her life will take her, leaves her historic home in Charleston, with all its entitlement and expectations, and heads to her aunt’s beach house. On the island, she is part of the freer, natural ocean lifestyle she loves, rejoining the turtle team, learning to surf, and falling in love. Remembering the lessons of her beloved grandmother, Lovie, the original “turtle lady,” Linnea rediscovers a meaningful purpose to her life and finds the courage she needs to break from tradition.

In this heartwarming novel, three generations of the Rutledge family gather together to find the strength, love, and commitment to break destructive family patterns and to forge new bonds that will endure long beyond one summer reunion. 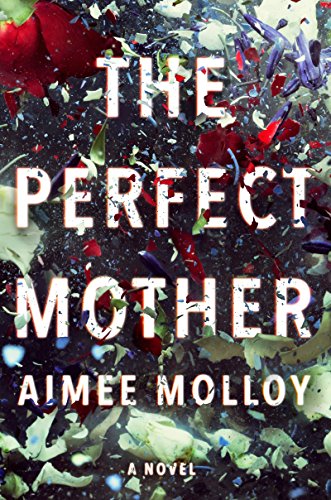 An addictive psychological thriller about a group of women whose lives become unexpectedly connected when one of their newborns goes missing.

A night out. A few hours of fun. That’s all it was meant to be.

They call themselves the May Mothers—a group of new moms whose babies were born in the same month. Twice a week, they get together in Brooklyn’s Prospect Park for some much-needed adult time.

When the women go out for drinks at the hip neighborhood bar, they want a fun break from their daily routine. But on this hot Fourth of July night, something goes terrifyingly wrong: one of the babies is taken from his crib. Winnie, a single mom, was reluctant to leave six-week-old Midas with a babysitter, but her fellow May Mothers insisted everything would be fine. Now he is missing. What follows is a heart-pounding race to find Midas, during which secrets are exposed, marriages are tested, and friendships are destroyed.

Thirteen days. An unexpected twist. The Perfect Mother is a “true page turner.” —B.A. Paris, author of Behind Closed Doors 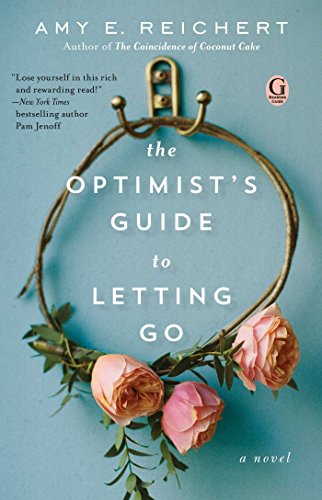 From Amazon:
Three generations. Seven days. One big secret. The author of The Coincidence of Coconut Cake unfolds a mother-daughter story told by three women whose time to reckon with a life-altering secret is running out.

Gina Zoberski wants to make it through one day without her fastidious mother, Lorraine, cataloguing all her faults, and her sullen teenage daughter, May, snubbing her. Too bad there’s no chance of that. Her relentlessly sunny disposition annoys them both, no matter how hard she tries. Instead, Gina finds order and comfort in obsessive list-making and her work at Grilled G’s, the gourmet grilled cheese food truck built by her late husband.

But when Lorraine suffers a sudden stroke, Gina stumbles upon a family secret Lorraine’s kept hidden for forty years. In the face of her mother’s failing health and her daughter’s rebellion, this optimist might find that piecing together the truth is the push she needs to let go…

I Was Anastasia by Ariel Lawhon

From Amazon:
In an enthralling new feat of historical suspense, Ariel Lawhon unravels the extraordinary twists and turns in Anna Anderson’s 50-year battle to be recognized as Anastasia Romanov. Is she the Russian Grand Duchess, a beloved daughter and revered icon, or is she an imposter, the thief of another woman’s legacy?

Countless others have rendered their verdict. Now it is your turn.

Russia, July 17, 1918: Under direct orders from Vladimir Lenin, Bolshevik secret police force Anastasia Romanov, along with the entire imperial family, into a damp basement in Siberia where they face a merciless firing squad. None survive. At least that is what the executioners have always claimed.

Germany, February 17, 1920: A young woman bearing an uncanny resemblance to Anastasia Romanov is pulled shivering and senseless from a canal in Berlin. Refusing to explain her presence in the freezing water, she is taken to the hospital where an examination reveals that her body is riddled with countless, horrific scars. When she finally does speak, this frightened, mysterious woman claims to be the Russian Grand Duchess Anastasia.

Her detractors, convinced that the young woman is only after the immense Romanov fortune, insist on calling her by a different name: Anna Anderson.
As rumors begin to circulate through European society that the youngest Romanov daughter has survived the massacre, old enemies and new threats are awakened. With a brilliantly crafted dual narrative structure, Lawhon wades into the most psychologically complex and emotionally compelling territory yet: the nature of identity itself.
The question of who Anna Anderson is and what actually happened to Anastasia Romanov creates a saga that spans fifty years and touches three continents. This thrilling story is every bit as moving and momentous as it is harrowing and twisted.
Tangerine: A Novel by Christine Mangan

From Amazon:
The last person Alice Shipley expected to see since arriving in Tangier with her new husband was Lucy Mason. After the accident at Bennington, the two friends—once inseparable roommates—haven’t spoken in over a year. But there Lucy was, trying to make things right and return to their old rhythms. Perhaps Alice should be happy. She has not adjusted to life in Morocco, too afraid to venture out into the bustling medinas and oppressive heat. Lucy—always fearless and independent—helps Alice emerge from her flat and explore the country.

But soon a familiar feeling starts to overtake Alice—she feels controlled and stifled by Lucy at every turn. Then Alice’s husband, John, goes missing, and Alice starts to question everything around her: her relationship with her enigmatic friend, her decision to ever come to Tangier, and her very own state of mind.

Tangerine is a sharp dagger of a book—a debut so tightly wound, so replete with exotic imagery and charm, so full of precise details and extraordinary craftsmanship, it will leave you absolutely breathless.

Optioned for film by George Clooney’s Smokehouse Pictures, with Scarlett Johansson to star

The Family Next Door by Sally Hepworth

“With jaw-dropping discoveries and realistic consequences, this novel is not to be missed. Perfect for lovers of Big Little Lies.” ―Library Journal, starred review

From the outside, Essie’s life looks idyllic: a loving husband, a beautiful house in a good neighborhood, and a nearby mother who dotes on her grandchildren. But few of Essie’s friends know her secret shame: that in a moment of maternal despair, she once walked away from her newborn, asleep in her carriage in a park. Disaster was avoided and Essie got better, but she still fears what lurks inside her, even as her daughter gets older and she has a second baby.

When a new woman named Isabelle moves in next door to Essie, she is an immediate object of curiosity in the neighborhood. Why single, when everyone else is married with children? Why renting, when everyone else owns? What mysterious job does she have? And why is she so fascinated with Essie? As the two women grow closer and Essie’s friends voice their disapproval, it starts to become clear that Isabelle’s choice of neighborhood was no accident. And that her presence threatens to bring shocking secrets to light.

The Family Next Door is Sally Hepworth at her very best: at once a deeply moving portrait of family drama and a compelling suburban mystery that will keep you hooked until the very last page

My Dear Hamilton: A Novel of Eliza Schuyler Hamilton by Stephanie Dray and Laura Kamoie

From the New York Times bestselling authors of America’s First Daughter comes the epic story of Eliza Schuyler Hamilton—a revolutionary woman who, like her new nation, struggled to define herself in the wake of war, betrayal, and tragedy. In this haunting, moving, and beautifully written novel, Dray and Kamoie used thousands of letters and original sources to tell Eliza’s story as it’s never been told before—not just as the wronged wife at the center of a political sex scandal—but also as a founding mother who shaped an American legacy in her own right.

Coming of age on the perilous frontier of revolutionary New York, Elizabeth Schuyler champions the fight for independence. And when she meets Alexander Hamilton, Washington’s penniless but passionate aide-de-camp, she’s captivated by the young officer’s charisma and brilliance. They fall in love, despite Hamilton’s bastard birth and the uncertainties of war.

But the union they create—in their marriage and the new nation—is far from perfect. From glittering inaugural balls to bloody street riots, the Hamiltons are at the center of it all—including the political treachery of America’s first sex scandal, which forces Eliza to struggle through heartbreak and betrayal to find forgiveness.

The last surviving light of the Revolution…

When a duel destroys Eliza’s hard-won peace, the grieving widow fights her husband’s enemies to preserve Alexander’s legacy. But long-buried secrets threaten everything Eliza believes about her marriage and her own legacy. Questioning her tireless devotion to the man and country that have broken her heart, she’s left with one last battle—to understand the flawed man she married and imperfect union he could never have created without her…

We hope you’re as excited as we are to dive into these new releases. What’s on your reading list?
Have a wonderful weekend!
~May and June
There is no friend as loyal as a book- Ernest Hemingway
Share this post

May and June are Soul Sisters and friends, who are aware of the trials connected to living fully in the present moment. May Meets June is a sacred space where we share our experiences, joys and gratitudes for those all too real moments that life inevitably brings us. We invite you to join us on this wild ride called "life."
View all posts by maymeetsjune →
Simple Spring Wardrobe Items – Joanna Gaines Style
What We Are Loving This Spring

May and June are Soul Sisters and friends, who are aware of the trials connected to living fully in the present moment. May Meets June is a sacred space where we share our experiences, joys and gratitudes for those all too real moments that life inevitably brings us. We invite you to join us on this wild ride called “life.”